Young New York Socialite, Anna Devley tricks the city’s party people by paying for everything with cash for years, and here’s everything you need to know about her

Don’t we all fanaticize about having so much money that we can literally do whatever our heart desires, whenever we wanted to do? Can you imagine what it would be like if we could afford anything, being able to wear and buy whatever we wanted, and not having to think about the price tag of the item before purchasing it? It would all just be mind-blowing!

But is this really possible? It might not be in some cases, but Anna Devley made it possible for herself. Anna Devley is a young and mysterious New York Socialite that was seen in SoHo one day and seemed to fit in so well with everything around her that no one even dared to ask where she was actually from. She was young, smart, and cute, and was always present at the right places at the right time. But, just like everything else, all good things always come to an end.

Here’s everything you need to know about this young New York socialite who came out of nowhere and graced everyone with her presence:

Anna Devley: Who is she?

This young woman came literally out of nowhere and burst into the big city of New York as if she had been living there her entire life. She seemed to have been gracing SoHo with her enthusiastic presence and the young lady knew all the right people there.

She had no permanent address:

Anna Devly never stayed at one address for a long time, as she simply stayed at five star hotels and moved out of there whenever she wanted, just like someone who never had to care about the bills. She used to visit her “mysterious” home country every once in a while, just so she could renew her tourist visa, but that’s all.

Anna was always seen wearing the trendiest clothes, with huge price tags of course. She had a reputation for always handing out tips worth $100. She often visited her concierge friend while she was staying at her latest hotel home. Her name was reported to be Neffatari Davis or Neff in short. Neff often noticed how Anna used to stay for months at a hotel, which isn’t typical unless if that someone is a celebrity.

Neff often found it strange that Anna always asked her for recommendations when it seemed as if she had been living in New York her entire life and knew more about the place than Neff herself. Why was Anna always so nice and generous towards her and everyone around her?

It’s all about the Money:

When Anna was living at a hotel on 11 Howard Street, she became quite famous for being the “generous guest”. She used to give $100 tips to anyone who did even a little for her. However, she always gave $100 cash, and no one ever questioned her, because why would they?

The cash flow coming out of this young lady was massive. She not only used to tip everyone at the Hotel but also waiters, Uber drivers, maids, etc. Anna was living her best life, but just like everyone else, she wanted to work on herself too. Anna hired personal trainers and dieticians to the tune of $45,000. Even though no one had a clue about where she was actually from, her accent made people believe that she was from some European royal families.

Like we mentioned before, Anna always used to be at all the right places, at the right time. She often attended fundraiser events and events filled with trust fund kids to make everyone believe that she cared.

She always paid with Cash:

Some friends of Anna Devley found it a little strange that she always paid for everything with cash, but no one gave it a second thought because she just seemed so “normal”.

After some strange things started to take place, her friends found themselves looking into Anna’s backstory and tried figuring out who she actually was? Was she really who she says she was?

After Anna created “The Anna Devely Foundation”, she was very committed in securing funds for her foundation. Neff often heard her fighting with her lawyers on phone conversations and knew it was getting bad for her when she couldn’t even pay for dinner one night.

Anna owed $30,000 to the hotel she was staying at. The hotel manager sent Neff to resolve the matter but Anna played it off like everything was completely fine and there was nothing to worry about.

It turned out okay:

After a few days, a $30,000 payment showed up as Anna promised. Stay tuned for more updates on Anna Devley and her mysterious life! 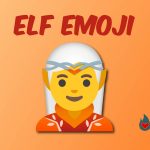 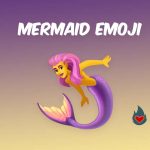 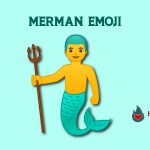 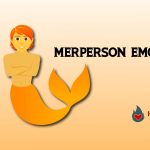