World-Famous Singer Offers To Pay “Sexist” Fine As The Women From Handball Team Fined For Wearing Shorts Instead Of Bikinis To The Game.

The Championships of the European Beach Handball team have ended. The Danish team defended their title by winning the gold medals. However, the women from Norway’s team protested by wearing shorts instead of bikinis (that were their uniform requirement) to one of their matches. This creates a bit of scandal. Moreover, the women were fined $1,766 for this attire. Because it doesn’t go with the uniform requirements of the International Handball Federation. The internet was stunned and furious at how these women were treated. People turn in favor of the athletes and the whole viral story caught the famous singer Pink’s attention.

Norway’s Women’s Handball Team Fined For Wearing Shorts Turn Out To be A Hot Story That Catches Everyone’s Attention On The Internet.

The team wasn’t comfortable with the required uniform. However, they were told that they would be fined or even get disqualified if they do not follow the uniform requirements.

Even after knowing this, they showed up wearing shorts to make a point. They said they were feeling the most comfortable wearing shorts. However, The European Handball’s Federation later fined them $1,766 for this.

World-Famous Singer Pink Was The One To Stand Out Among The Roaring Crowd Who Speaks In Favor Of The Athletes.

As the Incident got viral all over the media, it catches the attention of famous people and the Sports world. They started speaking up and expressing their support for them.

One of the supporting people was the famous singer and songwriter Pink.

Some days ago, Pink get to Twitter and said,” I’m VERY proud of the Norweigan female beach handball team FOR PROTESTING THE VERY SEXIST RULES ABOUT THEIR “uniform”. The European handball federation SHOULD BE FINED FOR SEXISM. Good on ya, ladies. I’ll be happy to pay your fines for you. Keep it up.

She Called Out The European HandBall’S Federation Calling The Uniform Choice “Sexist”. And Instead Of The Team They Should Be Fined For This.

The tweet was liked by nearly 30K people. Most people speak in favor of the athletes. However, some disagreed by saying “it’s not so hard to abide by the rules.”

The Player saw Pink’s Tweet And Thanks Her For The Support And Appreciation. 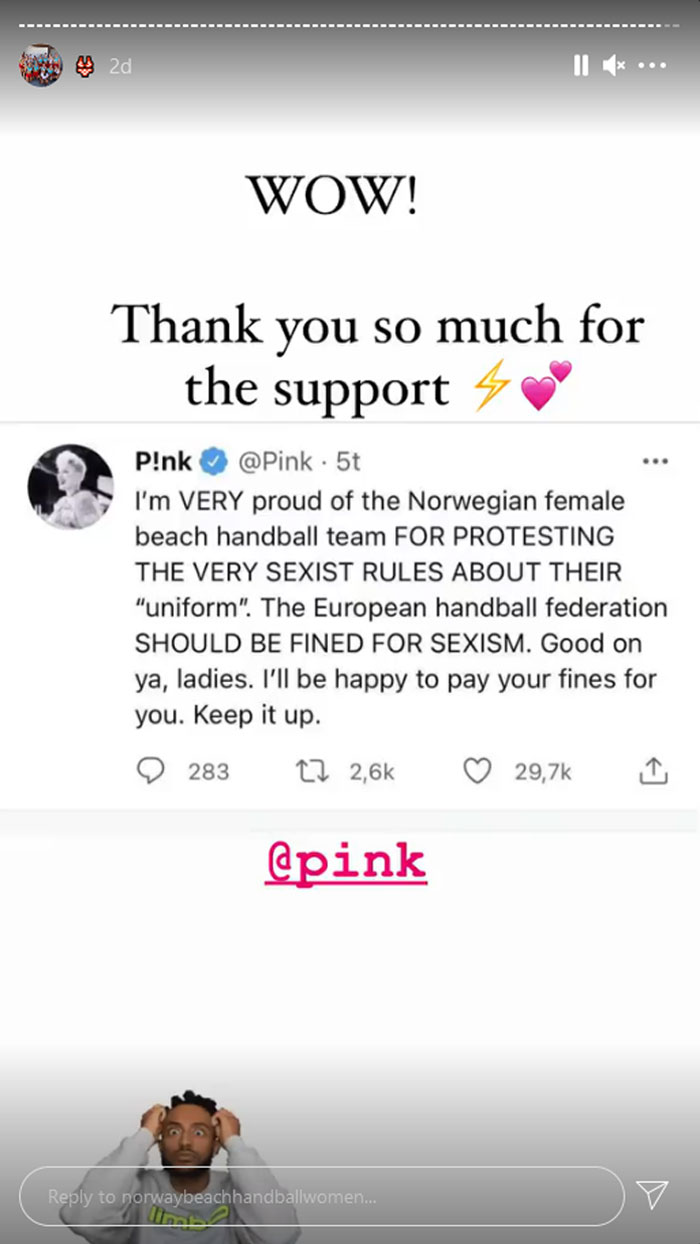 Maybe it won’t be a big deal for you. Celebrity Speaking up is what everyone else is already doing. But for athletes, every small effort counts. Moreover, Pink is an influential lady. When she says something, the word spreads more as she has excess to multiple audiences. So she can help them raise awareness among the wider world.

The players went to Instagram to thanks people who supported them saying.

“Thank you so much for all the support

. We really appreciate all the love we received

They also appreciated Pink’s support and all the attention this issue got. Because the Norweigan’s women were not just speaking up for themselves, but for all the woman athlete who suffers such issues.

To change the situation, EHF takes small steps. They donated the money from fine to a foundation that helps to promote equality in sports. 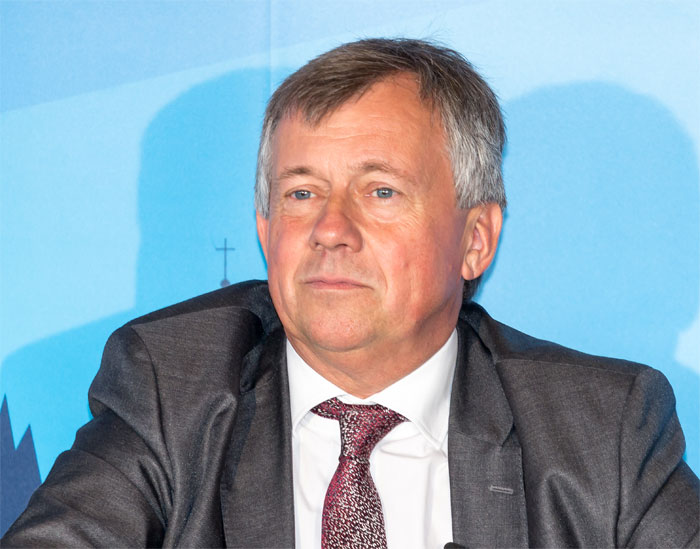 Pink’s gesture of donating the fine for women was kind but the fine was already been paid.

Moreover, The EHF donated the money from fine to the organization that helps in promoting equality for women and girls in support.

The federation further says that they admit that the issue got a lot of attention and they understand it as well. However, they can’t bring such a change so immediately.

All they can do for now is support the good cause.

Furthermore, the EHF  stated that they do not make or change the rules. Any change in the rules can only happen at the international level. However, the federations’ President Michael Wiederer says,” We are committed though to doing all we can to influence this.”

He further added, “I would also like to underline that it was never the players who were fined, but solely_ and according to the regulations_the Norweigan Handball Federation.”

The Norweigan Team Appreciated The Donation And called It A Right Move.

The athletes appreciated this step. They stated that the step taken by the EHF to donate money was a step in the right direction.  They also shared the article EHF posted and captioned it as, “Babysteps

It feels so good to know that we have EHF’s support, and we believe that a change is in motion

We can not wait

Thank you for all the suport_ you are amazing

On Pink’S Twitter, Most Of The People Responded With Varying Perspectives.