I Fight My Lockdown Depression By Making Comics That Comment On The Pandemic:

When I have all the options to watch TV for hours and devour millions of Oreos, I reject them all. Instead of this, I hold my mechanical pencil and create comics to entertain people. Moreover, I hope my comics make you smile too.

When I wasn’t working in my tiny loft (located in Los Angeles, CA) on my advertisement campaign, I was working on single-panel comics for my series on Pandemic problems. Since I learn to hold a pencil, I love to entertain my friends, family, and strangers through drawings and jokes. Bruce Blitz signed my first book on the art of cartooning and rest when I was in first grade. However, there are some of my comics which I hope will make you smile today.

1.Dating Apps got you down? 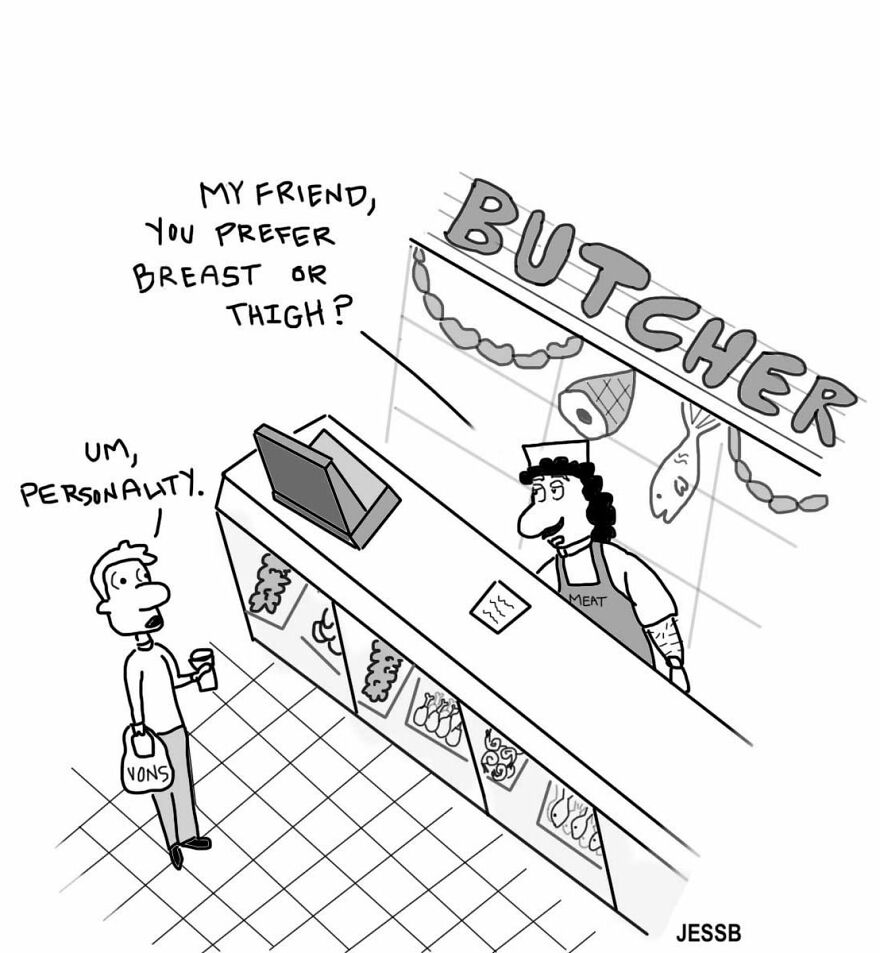 This comic depicts a boy standing at the butcher shop. When does the butcher ask him what he wants in meat? Breasts or Thighs? He, through his experience of dating app reply, Personality.

This comic depicts a father telling a story to his children to entertain them. However, the comic clearly shows that it horrifies them instead of entertaining them.

3.The time when we thought we are short of toilet paper:

This comic depicts the happening from earlier pandemic days. Instant need for toilet paper poses a threat of Toilet papers shortage. So people started collecting them in every possible container they have.

This comic adds humor to the happening as a woman opens the fridge for food. But instead, she finds toilet paper rolls in the place of food.

This comic depicts a dog walking freely without a mask. while two cats in the background looking at him admiringly, making him king of the Pandemic world.

This comic depicts a man working from home due to a pandemic. However, his unhappy dog on a near couch is laying frustrated that he keeps asking him Who is a good boy?

7.Want a meal? Spin the wheel:

This comic depicts a wheel having food names on it. The comic title suggests that if you want a meal, spin the meal. It will decide what should you eat. 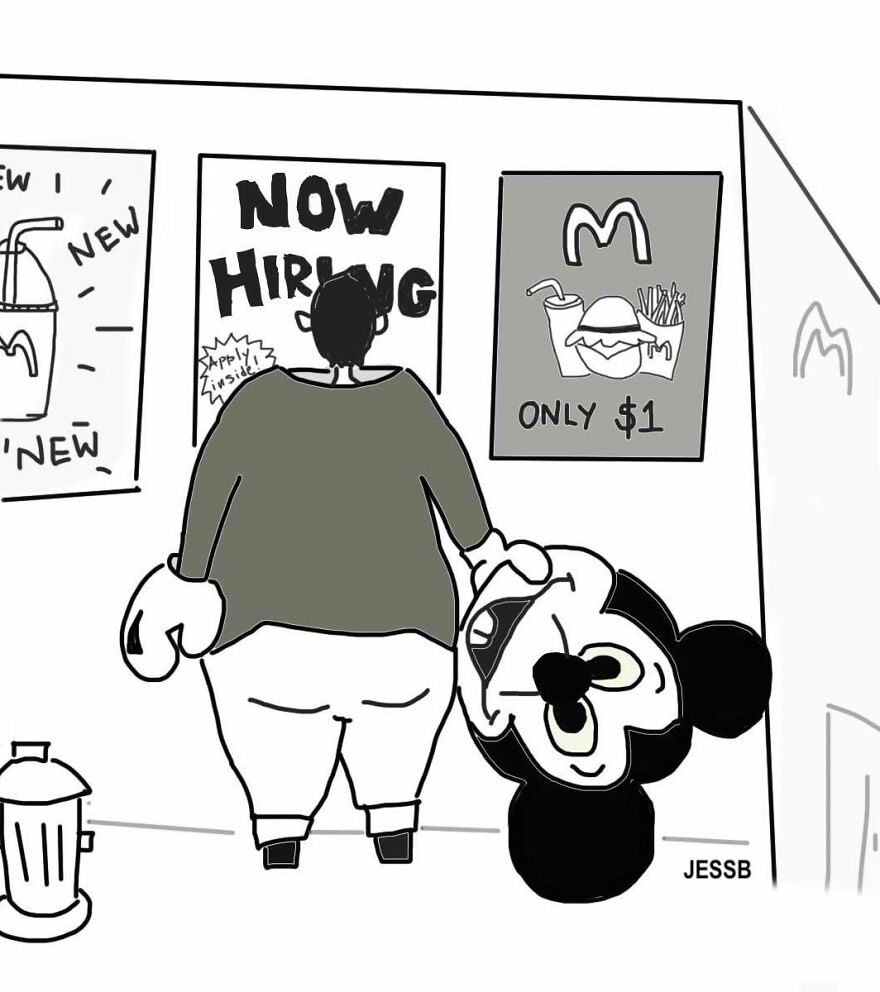 This comic depicts a woman holding a Mickey Mouse costume. She is standing in front of the “Now Hiring” poster outside Mcdonald’s. The acne gives a sense that she is in search of a job.

This painting depicts a woman and his son bringing out a shopping trolley from a store. The son asked the mother, did we buy what we came for? Gives a sense that they do a lot of unwanted shopping. Now they are wondering if they buy what they had to?

This comic shows a calendar store having a banner “Liquidation Sale” on it.

This gives a sense of liquidating the business.

This shows a difference between kid’s behavior before and after the pandemic. Before the pandemic, she wanted to become a doctor and now she wants to become a tiktoker. It is titled Dad’s nightmare for he is shocked at this.

11.They asked Kevin to pursue a passion outside of work:

This shows a man taking words too literally. When he is asked to pursue his passion other than work, he starts doing things outside the work’s building.