Sana Khan is a former actress of industry, model, and dancer as well. She began her film career by modeling and then appeared in many advertisements and films. She has played in Hindi, Malayalam, Tamil, Kannada and Telugu language films, TV commercials, appears as a dancer in many films, and also in a reality TV show.

She plays a role in almost 14 movies in different languages and almost does 50 ad films. She has appeared as a contestant, in the reality, show Bigg Boss in 2012. She is the finalist of that season. 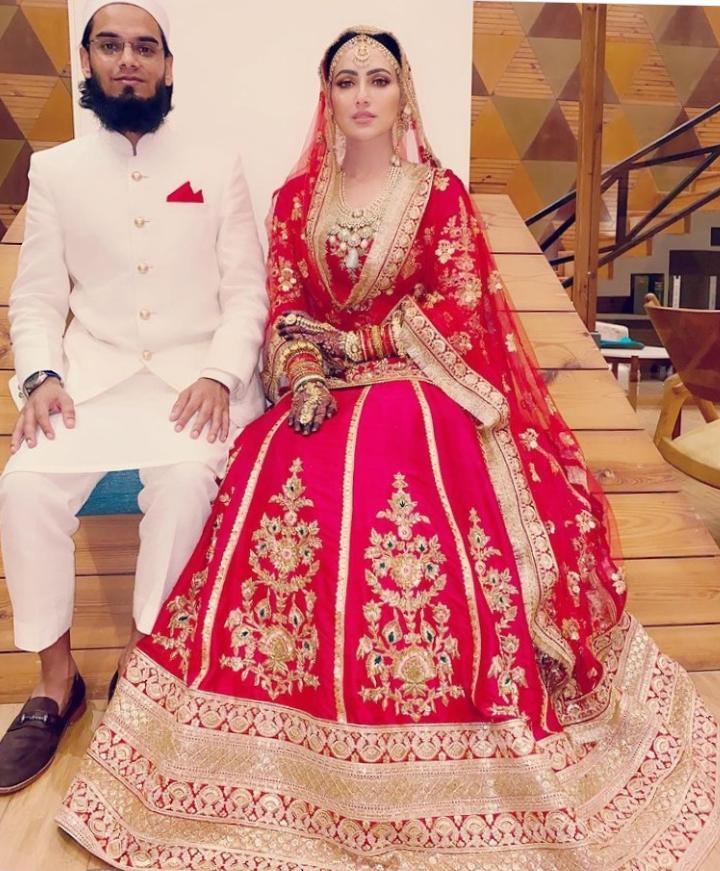 The 33-year-old actress posted her statements recently on her social media account. She has announced her decision to leave the industry.

“Today, I am talking to you standing at a crucial juncture of my life. For years, I have been living the Showbiz (film industry) life, and during this time I have been blessed with all kinds of fame, honor, and wealth from my fans for which I am grateful to them,” she wrote.

Sana’s message for her fans:

She further said she has been pondering about her purpose in life and what happens to a person after death. The actor said she decided to leave the “showbiz lifestyle forever”.

“All brothers and sisters are requested to pray for me to Allah to accept my repentance and grant me the actual ability to live under my determination of spending my life following the commandments of my Creator and in the service of humanity and give me perseverance in to. Finally, all brothers and sisters are requested not to consult me with regards to any showbiz work henceforth,

She changes her name:

Sana Khan, an ex-big boss contestant, changes her name to Sayied Sana Khan after her marriage recently with Mufti Anas from Gujrat.

Her journey from Sana Khan to Sayied Sana Khan; the former television actress changes her name on install handle after her marriage with a Surat-based cleric. She rose to fame from season 6 of Bigg Boss. She got married to Mufti Anas from Gujrat on November 20.

Fans surprised by her sudden marriage:

Her fans were surprise and shock by seeing the video clip of her wedding ceremony held privately with just her family members. In the video, we have witnessed Sana is walking downstairs while holding the hand of her husband’s and then cutting they both cut their wedding cake goes viral. So it is more like a shock to the fans and followers of Sana Khan instead of a surprise as there was no clue regarding her marriage until the video comes up on the internet.

The fabulous picture captured with her husband, which she uploaded on her Instagram with a caption full of feelings. It stated, “Loved each other for the sake of Allah.

Her captions on recent pictures:

“Married each other for the sake of Allah

May Allah keep us united in this Duniya.

And reunite us in Jannah.

Which of the favors of your Lord will you deny?”

Sana looked terrific in her two pictures in the perfect bridal look. She looks graceful with her husband. According to recent news in October, Sana khan had announced the decision to quit the showbiz industry and spend her life serving humanity.

Something about her, Sana was a model, actor, and dancer in the TV and Bollywood industry but she gains immense popularity after her entry in Bigg Boss season 6. She has worked in some famous Bollywood movies such as

Sana Khan uploads a picture standing alongside her husband Anas Sayed with a heartwarming caption: May Allah keeps us united in this Duniya. This picture is from her wedding. Her wedding pictures give us a glimpse of her beautiful looks. 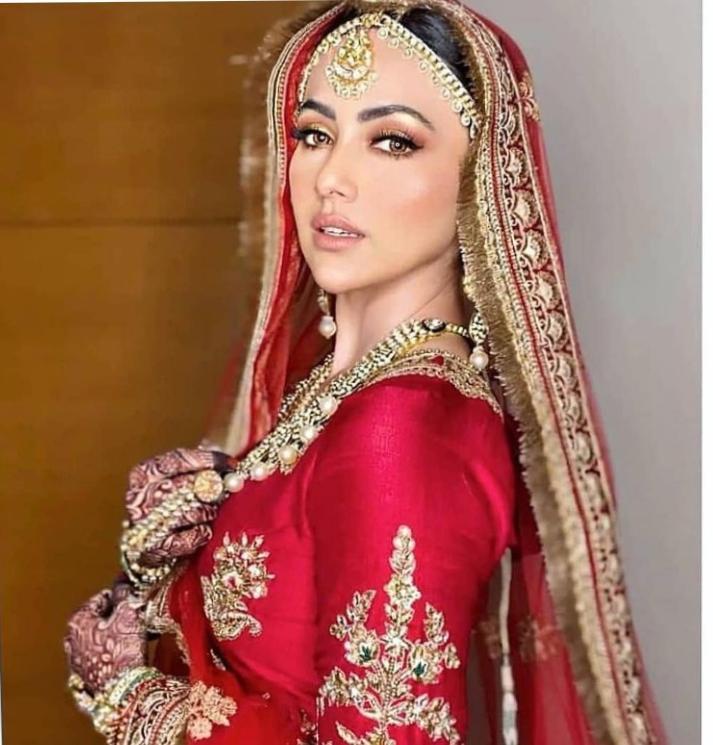